Check out the following article written up by Lakeland Connect…

The Cold Lake Penguins Rugby club is helping spread the love of the sport with a new way to learn the fundamentals of the game. President of the club, David Brown explains that the club is hosting a series of Sunday, non-contact, information and fun play sessions to help more people get involved in the sport.

“It’s indoor co-ed, touch rugby,” Brown says the goal is to make sure everyone is confident in their abilities before adding in the contact elements of the sport. Additionally, there is quite a difference when playing on a hard surface, as compared to the softer, outdoor, grass surface; which is where the club plays during the regular season. “It’s a pre-season effort. That allows fitness and skill development, at the same time, allows people who may not like the contact element to get exposure to the sport without necessarily having to dive into the deep end of the pool”. The first non-contact evening was held this past Sunday, at the Energy Centre. There will be more sessions in February and March. “Who ever shows up, we split the teams accordingly. It’s a fun-for-all, women, men, youths and different degrees,” Brown says the evenings are suited for people who have never played before to seasoned vets.

Brown explains that should you fall in love with the sport there will be ample training to help you learn the positions, rules, plays and how to play in a contact league.

“Normal fixtures would be a men’s team and a women’s team, 18 years of age and above,” Brown says the club plays in the third division of the Edmonton Rugby Division. Much like other sports, half of the games are held at home and half on the road. The club plays teams from Grande Prairie, Edson, Lloydminister, Leduc, and Edmonton. The regular season runs May through August, with playoffs sometimes going into September.

Cold Lake also has strong rugby clubs in the high schools, “some of our players are respected coaches and teachers at Assumption and Cold Lake High School. They’ve been able to implement the rugby programs at both schools.” For the girls, the club is ran at the Cold Lake High School, coached by Jared Nichol and for the boys team, the program is ran through Assumption and coached by Brett Todd. The Penguins have been working to expand the club even further through Rugby Canada’s Rookie Rugby Program, “that’s for 12 and under. We’ve been working with them to see how we can get that implemented in the community.” One of the club’s goals is youth development.

“I’ve played with the Penguins since 2003,” Brown laughs that he won’t disclose his age, but is one of the veteran players, “one thing I’m really proud of is I’ve got to play on the senior team with both of my sons and watched my daughter play, pretty successfully, in her high school years.”

We’re pretty passionate about the sport and love the attributes that go with it. – Dave Brown President Cold Lake Penguins Rugby Club

The club has been a stable in Cold Lake for over 25 years. They have had two members Rick Bailey and Brett Todd go on to be inducted in to the Edmonton Rugby Union Hall of Fame. Many former players have found great success in the collegiate level at the University of Alberta and other post-secondary institutions.

Last season, to help keep the club active, the club teamed up with Lloydminister to ensure there were enough players to field a team. “We found that we had unprecedented low membership and quintessentially, Lloydminister was in a similar situation. So, we partner with them and ended up having a successful season. We got to keep to the sport going.” Due to the efforts, last season, the Cold Lake Penguins Rugby Club was named Club of the Year by Alberta Rugby.

Hoping to be able to field a men’s and women’s team in Cold Lake, the club has come up with a great way to grow the love of the sport, through non-contact nights. “Rugby in itself is very inclusive. There’s a position for every athlete and body type,” Brown encourages anyone interested in becoming more active and adding the team atmosphere to their lives to come out and try the sport. “We have the wingers for instance, those are usually the smaller, more agile athletes. Whereas the centres and forwards, they are the pusher and grinders. You get to see that whole range for inclusive opportunity.”

Everybody gets to carry the ball. The game is designed for everybody. It’s a fast paced game. – Dave Brown President Cold Lake Rugby Club 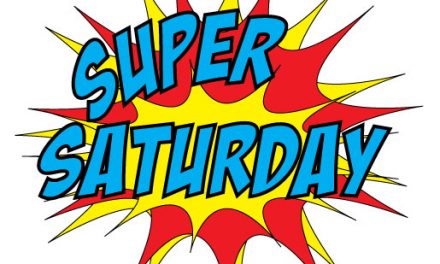 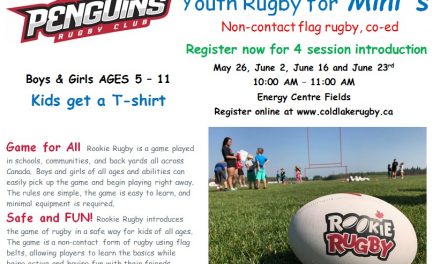 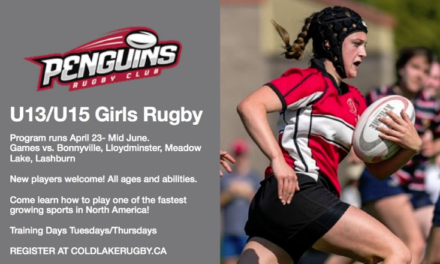